The organization of a parish church in Stany has expanded in stages. Michał Amor Tarnowski founded the first chapel in Stany in 1679, but according to historical sources Stany was not clearly assigned to any particular parish for the whole seventeenth century. However in 1727 a report after inspection of a parish in Grębów claimed that the village had belonged to that parish. Due to a bishop from Przemyśl, Stany received constant pastoral care from the half of the eighteenth century. The most deserved priest in case of erecting a new parish in Stany was Jan Gwalbert Przemykalski. He was ordained in 1775 and then he became a parish priest in Grębów on 13th February 1794. He built the first wooden church in Stany on a 180m hill in 1801. It was consecrated by a suffragan bishop Ignacy Łobos from Przemyśl after its renovation in 1884.

The church was dedicated to Saint John Gualbert, who undertook the reform of monastic life in the eleventh century in Vallombrosa, Italy by making an abbey that was based on the rule of Saint Benedict. Nowadays, Saint John Gualbert is the patron saint of foresters. The church was decorated through the next years. At that time it received four paintings that were painted by Władysław Barwicki, a painter from Lublin: the painting of Crucified Jesus based on the Crucifix of Limpias, the painting of the Sacred Heart of Jesus, Saint John Gualbert on horseback and Saint Thecla, the second patron saint of the church. The last painting was consecrated in 1816. Although the parish was erected in 1818, it completely started functioning after 1823.
According to inspection reports, we are able to find out that the first parish priests of the new parish were Michał Kleczyński (1823-1827), Wawrzyniec Kąkolowski (1827-1837), Edmund Oraczewski (1842-1843) and Antoni Duszyński (1837-1865). During World War II the church was closed and the people were expelled by the Germans. They sold it to a man from Dęba as a fuel to burn. However a priest from Stalowa Wola Józef Skoczyński obtained a permission from Luftwaffe and the Curia in Przemyśl and moved it to Stalowa Wola.
In this way the whole sacral complex with equipment was saved and survived the period of German occupation. It was planned to move it back to Stany after ending the War, but it was too expensive and only interior decorations returned. The church is still among the buildings of industrial Stalowa Wola and in a strange way it had become the mother church for all parish churches that were built later. It is dedicated to Saint Florian. However in Stany, a new parish priest Roman Dobrzański made efforts to build a new wooden church in the place of the old one in 1948.
In the early 80?s of the twentieth century the then parish priest Jan Kula started building a new brick church. It was built between 1981 and 1982 according to the design by Władysław Jagiełło and Roman Gorczyca.
Both local parishioners and those who lived here, but now live in the USA or Canada made a large contribution to build it. At present the new church is a place of worship and the old wooden one is used as a prefuneral chapel. A suffragan bishop Bolesław Taborski from Przemyśl dedicated the church on 14th July 1985 and it was consecrated in 1996 by a diocesan Bishop Marian Zimałek from Sandomierz.
Currently, the parish in Stany consists of the following villages: Stany, Bojanów, Załęże, Kozły, Maziarnia, Kołodzieje, Przyszów and partly Laski.
Geographical Dictionary of Polish Kingdom and other Slavic countries (1880-1902) contains some information about the villages of our parish:
Przyszów Kameralny, once a royal village in which the king of Poland Kazimierz Wielki built a hunting manor house belonged to a parish in Charzewice. Later, Przyszów was the property of the cathedral chapter of Sandomierz. The village entertained Polish monarchs due to hunting that took place in the forest around it. Moreover the castle was the part of a defense line that protected the country against Lithuanians, Yotvingians, Ruthenians and Tatars from the east. While Władysław Jagiełło was preparing for a war with the Teutonic Knights, he made two great hunts here in February 1410. In the sixteenth century there was a danger of Turkish invasion so the castle was strengthened by the great crown hetman Jan Tarnowski (+1561) who was the most outstanding expert on the art of war at that time. Then the castle was well supplied with many weapons. Next administrators of crown lands (starosta) Firlej and Gostomski did not care about the castle and therefore it fell into a ruin. In the first half of the seventeenth century it was rebuilt for the third time, however it didn?t survive Swedish and Rakoczi?s invasions. Przyszów lost its importance in favor of Nisko.
Łapówka was the hamlet of Stany.
Stany, a village by the Łeg, once belonged to a parish in Grębów, since 1818 has been an individual church unit. It consisted of villages: Bojanów with Huta Bojanowska, Pietropole, Przyszów Szlachecki and Kameralny. In contrast to Przyszów, Stany came into being on the Tarnowski family initiative as the gentry-owned village. Stanisław Tarnowski founded Stany arbitrarily in 1610 in the place of royal forest that was cut without a permission of the king. After years of argument with royal officials, in 1757 the Tarnowski family were deprived of the rights to Stany. The village was joined to Sandomierz county and became a crown land. Then after the partition of Poland it was reformed by Austrian authorities and again became the private property of Michał Koskowski and then the Komorowski family.
Słup Maziarnia, a village once belonged to a parish in Jeżowe, was founded later , as it wasn?t included in the sixteenth century records. It appeared at the beginning of seventeenth century when blacksmiths? workshops developed and a large number of roots after cut trees made people to set lubricant factories up. The present Maziarnia was founded in the first half of the eighteenth century by a lubricant maker called Słup or Słupek who came from Mazury. Next to the village another one called Kołodzieje was founded. 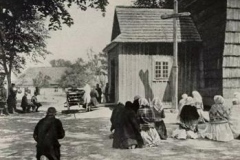 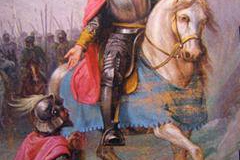 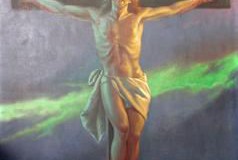 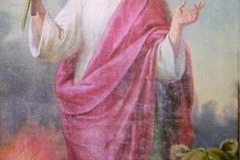 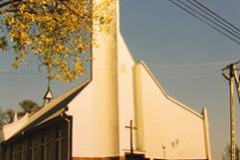